With a growing population and plentiful natural resources, coupled with economic policies that encourage foreign investment and overseas trade, Indonesia is set to prosper 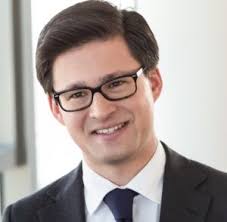 Indonesia is an economy in transition. A period of considerable downturn caused by lulls in commodity prices has led policymakers to rethink its economic robustness. The result is a strategy that first prioritizes the development of its economy – by becoming more open to foreign investors – and second, looks to expand its influence in new and frontier markets.

Both strategies bring considerable hurdles, however. When it comes to building its economy, the removal of red tape for foreign companies exporting to Indonesia, though improving, requires further attention. Meanwhile, stimulating its own exports amid protectionist policies by key export destinations such as the United States, as well as the regulations on the import of palm oil in the European market, could prove challenging.

The challenges may yet be surmounted. Policies that encourage local banks and corporates to inject more Indonesian rupiah liquidity into the domestic market and that make doing business in the country more appealing could help the transition take shape. By pursuing inter-regional trade, coupled with the development of its gargantuan domestic market – the world’s fourth largest by population – Indonesia could feasibly become a more influential world economy during the first half of this century.

Compared with its performance shortly after the turn of this decade, Indonesia’s macroeconomic fundamentals are stabilizing. The country had been temporarily suffering due to overreliance on the prices of palm oil and coal. Though nothing new, shrinking trade volumes with the European market caused by regulations on the import of palm oil were also taking effect.

As part of the lessons learned, the country is focused on developing its local industry – an unsurprising tactic given Indonesia’s 260-million-strong populace, the world’s fourth largest. To achieve this aim, government policy addresses various fronts.

The government has argued that import levels should be reduced. It has called on Indonesian exporters to repatriate their US dollar holdings in order to inject rupiah liquidity into domestic financial markets, primarily focusing on stimulating growth via corporate and retail loans. The government has also called upon banks (most notably state-owned financial institutions) to disperse more loans to help stimulate the local economy.

By leveraging its market size, Indonesia is encouraging foreign companies selling into the home market to (at least partially) produce their goods domestically. Though this had previously been met with some resistance from foreign corporates unwilling to develop locally, this is slowly changing. Employment opportunities for the local population are emerging, particularly in the textiles and food production sectors.

Development is not only coming from within; foreign actors are playing their part. Incumbent president, Joko Widodo (or Jokowi), has made efforts to attract foreign investors. It’s working: the country has ascended the World Bank’s Ease of Doing Business scale from 91st in 2017 to 73rd this year.

What’s more, Chinese investment, though nothing new, is seemingly increasing and partly responsible is the Belt & Road initiative. Despite Indonesia’s focus on local production, China still considers it a growing market for exports – thus prompting Chinese corporates to partner on larger infrastructure projects in the country such as ports, railways and power plants.

Infrastructure building of this kind complements Indonesia’s own five-year development strategy, which has amounted to a US$327-billion pipeline of projects.

Some projects are already coming to fruition. In October 2018, Power Construction Corp of China (PowerChina) and Indonesia's Kayan Hydro Energy signed a contract to begin work on five hydropower plants at a combined cost of approximately US$17.8 billion, by some estimates. Other high-profile projects include the US$4.5-billion high-speed railway that will connect Jakarta to Bandung, West Java. While the Belt and Road has come under scrutiny in many Asian countries, such as Pakistan and Sri Lanka, Indonesia is arguably in its nascent stages, so sentiment could yet swing in either direction.

A less obvious strategy is the development of Indonesian exports, though this may soon change. Jokowi is pushing Indonesian corporates to look towards new, frontier markets. To do this, the country has adopted a new licensing system in 2018 that aims to ease commerce.

Efforts to enter the African market are becoming apparent. Until recently Indonesia’s two main markets on the continent were Nigeria and South Africa, but corporates are now sending larger delegations to places like Ethiopia, Uganda and Niger to drum up new business. For the time being, the main exports are food produce.

One of the most commonly-eaten food products in Nigeria is a noodle product by Indofood. State-owned enterprises are also making an impact: Pertamina, an oil company, has already begun to develop business in both Nigeria and Gabon. Pertamina was previously a domestically-focused oil company – developing oil fields in Indonesia. Now it’s sharing expertise abroad.

Nevertheless, challenges remain. Unfortunately, Indonesia’s share of trade with Europe is shrinking, largely prompted by an EU ruling pertaining to the use of palm oil in biofuels, which EU lawmakers are phasing out by 2030. This development has sparked discussions between European and Indonesian authorities and could put pressure on exports.

Then there are the secondary effects of the Sino-US trade war. Given that the US market accounts for 10% of Indonesia’s export market, the government is very keen to preserve this crucial trade corridor. And, moreover, it remains to be seen whether the country can replace US exports, should they falter, with growing exports to China.

While some may consider Indonesia’s growth unimpressive, it’s our view that the country is showing stable fundamentals, especially given the rate of its population growth. It is viewed favourably by our clients: German exporters consider Indonesia their key market in Southeast Asia – evident by some three-billion-euro worth of exports last year – although they rely on tailor-made trade solutions to cover the evident performance and financial risks arising from operating in the country. These exporters also note that Indonesia is still open to quality, European-made products. In fact, from our experience, most of its sophisticated machinery – particularly in the textiles industry – originates from Europe.

It is perhaps too early to pass judgment on Indonesia’s transformation. But what’s clear is that the country’s outlook doesn’t necessarily paint a gloomy picture. Amid myriad sources of uncertainty past and future – and, importantly, a presidential election in 2019 – Indonesia’s performance is noteworthy. Estimates suggest it could become one of the world’s 10 largest economies by 2030. To us, this seems ambitious. But by the middle of the century, Indonesia could well be edging towards this milestone.