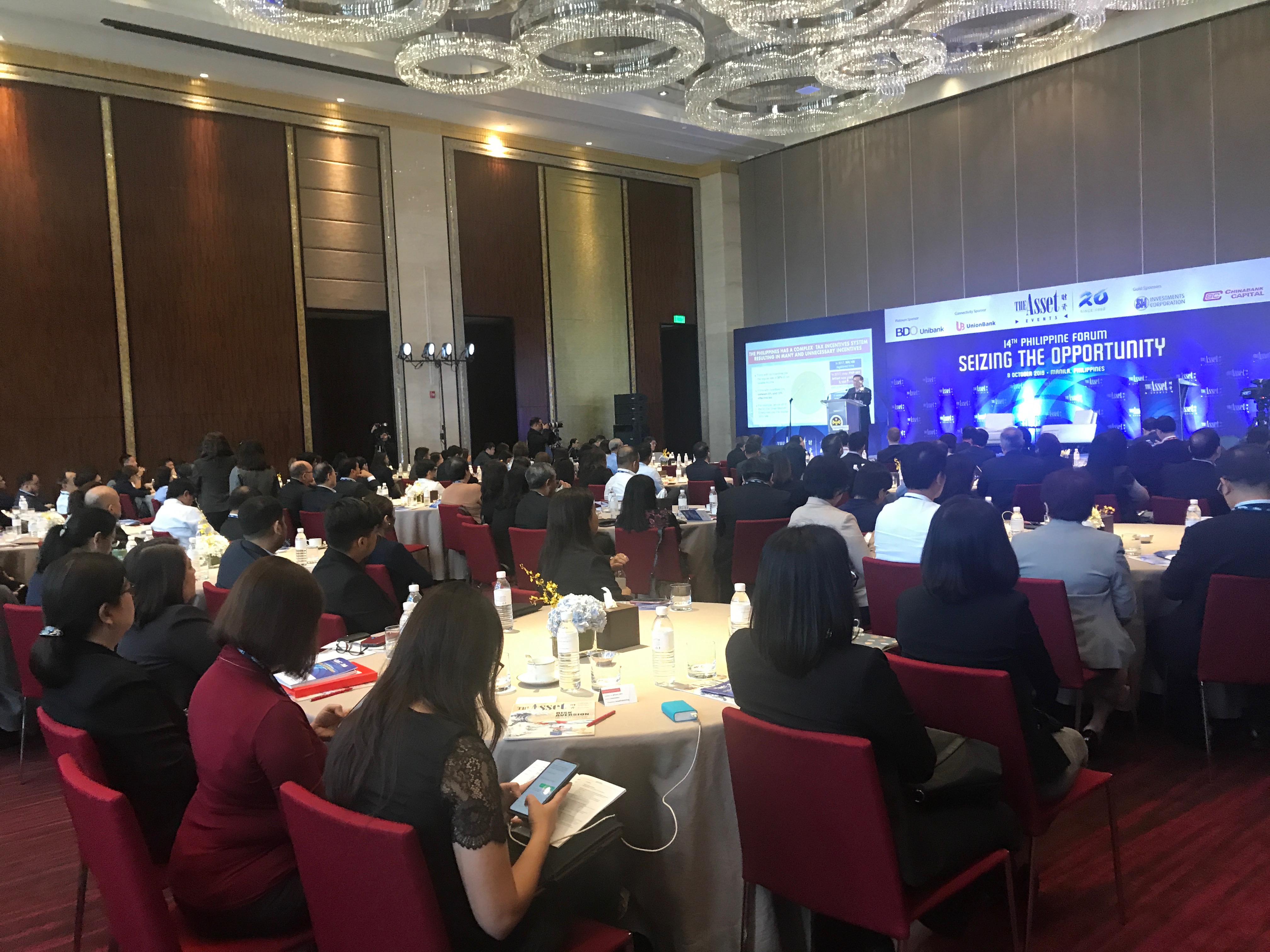 A steady increase in foreign direct investment (FDI) and a falling poverty rate were among the major economic and financial achievements of the Philippines highlighted by Carlos G Dominguez III, secretary of finance of the Philippines, and Benjamin Diokno, governor of the Bangko Sentral ng Pilipinas (BSP), at The Asset’s annual Philippine Forum in Manila.

During the forum’s morning keynote address, Dominguez shared that the Philippines was steadily increasing its amount of foreign direct investment (FDI), having attracting around US$20 billion over the past two years.

“We expect these [FDI] inflows to surge even more dramatically over the next few years given the improved business environment and competitive advantages created by infrastructure modernization and a pro-growth monetary policy,” says Dominguez.

Under the government’s “Build Build Build” policy, Dominguez revealed that for the first time in the country’s history, infrastructure spending had exceeded 5% of GDP with a goal to make it 7% by 2022. “We want to complete as many infrastructure projects as possible by 2022 which is why we are currently reviewing the list of flagship projects,” explains the secretary.

Other important economic reforms in the pipeline include revamping the country’s tax system via the Tax Reform for Acceleration and Inclusion (TRAIN) as Dominguez is focused on providing suitable incentives to sectors that yield positive results for society.

“The comprehensive tax reform package will modernize policies towards a simpler and fairer tax system while ensuring robust revenues for the government,” states Dominguez. “We have to ensure that the taxpayers’ hard earned money is not wasted.”

In the forum’s afternoon session, Diokno spoke about supporting the country’s banking system. “The country’s banking system remains sound and stable. With healthy indicators, including more than adequate capitalization and low exposure to bad debts, banks are able to help fund the growing investment requirements in the economy,” says the governor.

In particular, Diokno was confident about lending growth given the BSP’s intention to continue slashing the reserve requirement ratio (RRR) for banks in the country.

According to the governor, this reduction in RRR can form part of the growth story in the Philippines beyond just the Manila area. “It is also important to note that economic growth in the Philippines is happening not only in the National Capital Region (NCR) but throughout the country. In fact, the growth rates of other regions are outpacing that of the NCR. Growth in the regions is expected to remain robust, driven in part by infrastructure development across regions,” states Diokno.

This focus on underdeveloped regions in the Philippines has also motivated the BSP to improve financial inclusion in many communities. “We have issued regulations allowing other entities to serve as cash agents or to perform financial services on behalf of banks, as well as regulations that make it easier for people to open bank accounts,” shares the governor.

The BSP has several goals it hopes to accomplish by next year including expecting e-payments to be 20% of total financial transactions and reducing the number of unbanked municipalities from a third a few years back to only 20% by 2020.

Outside of financial inclusion, Diokno has a number of initiatives on the horizon focusing on areas such as Islamic banking, a national payments system, and amendments to the current bank secrecy laws.