Mobile payments in Vietnam increased to 61% in 2018, an increase of 24% from the year before; Middle East saw second-largest increase 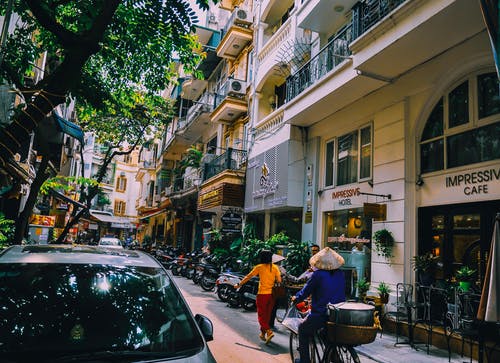 Vietnam saw the highest growth in mobile payments in 2018 out of 27 territories, according to the Global Consumer Insights Survey 2019 conducted by PwC.

The survey, which had over 21,000 respondents from 27 territories, showed that the percentage of consumers using these services in Vietnam increased to 61%, up from 37% in 2017. The 24-percentage point increase was also the largest in the six Southeast Asian countries that took part in the survey.

In the Middle East, which was the second-fastest growing in mobile payments adoption globally after Vietnam, the percentage increased by 20 percentage points to 45%. China remain unchanged at 86%. Across all territories, 34% of consumers paid for purchases using mobile payments, up from 24% a year earlier.

Shirish Jain, payments director, Strategy&, says, “Asia remains the powerhouse in leading the customer shift to mobile payments with the report reflecting eight Asian nations in the top 10, and six are in Southeast Asia, as the results show. Vietnam, with its relatively low penetration in 2018, has registered the highest growth as mobile platforms demonstrate a significant increase in convenience over traditional means of commerce.

“This contrasts with Singapore that also shows strong gains. However, the sophisticated and established traditional ecosystem, as well as abundant and potentially confusing number of choices in mobile payments can also slow down adoption,” says Jain.

“This finding highlights a timely confluence of four principal factors: stages of economic growth cycles driving affluence and disposable income; the availability of platforms that address local demographic needs including support for cash-on-delivery; the lower cost for retailers and providers; and a marked increase in convenience,” adds Jain.

According to the survey, consumers in Asia are more socially engaged online than those in Europe and the Americas. Respondents in Thailand, Indonesia and Vietnam led globally in making purchases directly through social media posts on platforms like Instagram and Facebook, with 50%, 49% and 48% of survey respondents indicating they do so, respectively.

Globally, only 21% of respondents made purchases directly through social media. Among product and service categories, the survey found that social media is most likely to affect purchasing decisions related to fashion.

Charles Loh, Southeast Asia Consumer and Industrial Products Consulting Leader, PwC, says, “Social media platforms are already mature in Southeast Asia. The trend in online shopping, moving forward, is the consolidation of e-commerce players with fewer big players providing that gateway. There seems to be a consolidator present in every market.”

In the survey, 9% of global consumers said they use voice technology to shop online weekly or more frequently. As shopping by voice continues to catch on, companies should be thinking beyond mobile to consider how voice technology in homes, cars, and elsewhere will affect customer experience. The bar for brand leadership will continue to shift as organizations launch increasingly consumer-friendly technologies.

“Voice technology is widely used in instant messaging communication platforms. It's only a matter of time that we see adoption here in Southeast Asia,” says Loh.