US$1.5 trillion of inbound investment into China projected for next 10 years

Investment to be more than triple the level of previous 10 years as new Chinese Foreign Investment Law and Negative List kicks in: Linklaters research 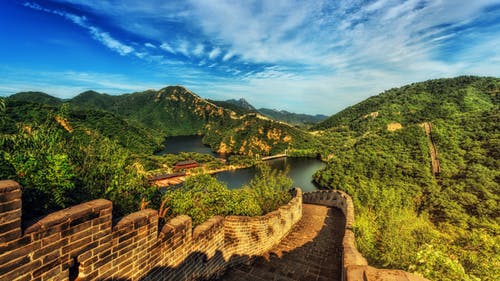 Inbound investment via mergers and acquisitions into China will reach US$1.5 trillion over the next ten years, more than triple the level of the previous ten years, said Linklaters, a global law firm, on March 15 in a preview of an upcoming report. This will happen as new laws including the updated Negative List and Foreign Investment Law liberalise investment into key sectors such as financial services and automotive industries, said Linklaters. The report will be released later in March.

“The increasing liberalisation of foreign investment into China will be a key component for the development of the Chinese economy to move up the value chain, to meet the needs of its growing middle class, and to boost exports. 2018’s shortened Negative List sent a strong message to international market participants catalysing investment into key sectors such as automotive and financial services. The newly signed Foreign Investment Law will only help to accelerate this process as international investors and companies develop their Chinese dealmaking experience,” said William Liu, managing partner for Linklaters in China.

“The proposed changes will definitely be welcomed by foreign market participants and lead the next upsurge in foreign investment. Although the foreign investment management mechanism has evolved rapidly in recent years, there are still many changes to go both in legislation and in practice,“ said Eric Liu, managing partner for Zhao Sheng, Linklaters’ joint operation partner in China.

The report highlights several key trends that should be viewed as guidelines for success by international companies, investors and brokers seeking to complete Chinese inbound M&A deals.

There is a greater scope for foreign investors to take a variety of merger, acquisition and investment approaches. This is due to factors such as the increasingly wide range of participants and potential partners in sectors such as automotive and financial services, as well as the potential for capital market participation through international schemes such as Shanghai-Hong Kong Stock Connect, Shenzhen-Hong Kong Stock Connect and the impending Shanghai-London Connect.

Transparency will continue to be important for completing deals. This includes transparency of regulation, of stakeholder structure, of information provided during due diligence, and of organisational structure.  Professional advisers (such as lawyers and accountants) and representative bodies could add significant value in helping to drive an appropriate level of transparency between market participants.