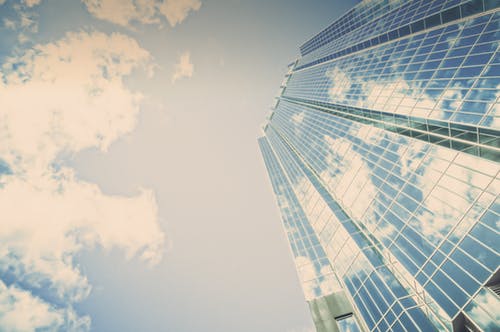 This is the fifth acquisition made by the firm in the last eight months, extending its reach into the Italian, French and Australasian markets. The Iskander acquisition, which was announced by Alvarium Investments on March 21, comes in the same week that Queensgate Investments, a partnership between Alvarium Investments, Peterson Group, the Kow Family and Dilmun, acquired four Grange Hotels in Central London in a deal valued at around 1 billion pounds (US$1.32 billion).

Alvarium also recently completed its merger with London-based media, consumer and technology boutique Lepe Partners, creating a merchant banking platform (Alvarium Merchant Banking Division). Alvarium Merchant Banking has already supported tech unicorn Tradeshift in an extension of its series E round, taking funds raised to $300 million in the round. Tradeshift is the leader in supply chain payments and marketplaces valued at $1.2 billion. Investors in the business include Goldman Sachs Group Inc, PSP Investments and HSBC.

This week, the firm announced that it has rebranded as Alvarium Investments, marking a new chapter that sees it consolidating its existing brands and its position as the leading independent global investment boutique. Guggenheim Investment Advisors (Hong Kong) Limited, which was acquired by LJ Partnership in 2016, will also adopt the new company name.

Over the last twelve months, the firm has extended its reach into new geographies across the US, Europe and Asia Pacific; and developed new investment strategies in M&A, private equity and technology, to supplement its already strong position in direct real estate, private debt and public markets. The Peterson Group in Hong Kong, a strategic investor in LJ Partnership since 2015, currently holds a 35% stake in the Group.

Tony Yeung, Chief Executive Officer of Peterson Group, says, “We are pleased to see the rapid development of the company through organic growth and strategic acquisitions into an independent investment boutique with a true global footprint under the new name Alvarium. Peterson would continue to deploy capital side by side with like-minded families who aspire to construct a global portfolio to diversify from their core Asian markets through Alvarium.”

“Despite Brexit concerns, Peterson is excited to continue to source exciting projects such as one-billion-pound Grange Hotels transaction and Blackwall Yard. We look forward to the firm’s expansion in new areas such as merchant banking, which will provide European and Asian family offices and institutional clients with access to fast growing sectors undergoing disruptive technological and digital transformation in markets including Greater China. Asia is a tremendous future market and we hope to continue to build our infrastructure by building new relationships and attracting more talent for Alvarium in Hong Kong and greater Asia,” adds Yeung.

Alvarium’s global expansion plans were given a significant boost in July 2018 when it received an equity investment from Dilmun, which acquired a 40% stake in the business. The firm simultaneously announced the high-profile appointments of co-Chairman Ken Costa, the former chairman of Lazard International; and Partner, Ali Bouzarif, the former head of investment execution at the Qatar Investment Authority.

Prior to the abovementioned acquisitions, the firm expanded its international investment advisory business by merging with Guggenheim Partners’ investment advisory groups in Hong Kong, Geneva, Lisbon, New York and Miami and the London-based Deloitte & Salisbury Partners investment and consulting teams.

Alvarium employs 200 employees and 25 partners at eleven office locations across North America, Europe and the Asia-Pacific. It supervises in excess of $15 billion of assets on behalf of individuals, families, charities, foundations, institutions and sovereigns and has to date invested over $3.5 billion of equity via its direct real asset co-investment programme.

Alexander de Meyer, Chief Executive Officer of Alvarium says, “In recent years we have seen sustained and measured growth, bringing on and integrating new teams and service offerings for the benefit of our clients and partners. Today we announce our latest acquisition in France as well as a rebrand that consolidates our international operations under one brand. Both mark an exciting new chapter for the firm, reinforcing our position as one of the leading independent global investment boutiques.”