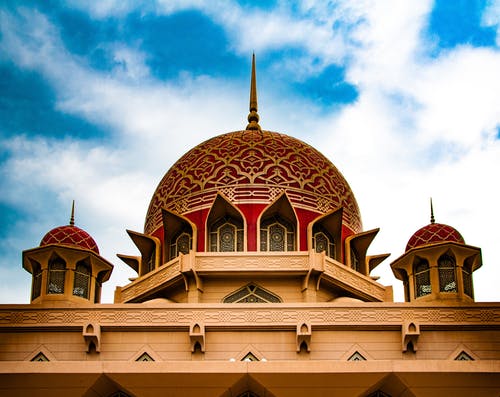 There is significant room for Islamic finance sector to expand, as it remains underrepresented in the global financial system, according to Moody’s in a report on March 12. Other key points in “Cross-Sector – Islamic Finance: GCC will drive growth in 2019; long-term prospects remain strong” are that demand for takaful (Islamic insurance) will continue to increase while sukuk (Islamic bond) issuance will grow slightly in 2019.

Islamic financing growth slowed in 2018 in line with the overall growth rates of banking system assets across core Islamic banking markets, but will exceed conventional asset growth in those markets. This growth has been led by the Gulf Cooperation Council (GCC) countries and Malaysia.

Several bank mergers and acquisitions have taken place or have been proposed in the GCC region in recent months, including Islamic banks acquiring conventional banks. For example, in Qatar, the merger of Barwa Bank and International Bank of Qatar (agreed in 2018 but pending regulatory approval) could add to Islamic banking assets in the short term.

While Islamic banking levels remain low in Turkey and Indonesia at between 5% and 10%, there are signs of optimism in Turkey with the creation of new government-sponsored Islamic “participation” banks. Meanwhile, Indonesia released a 10-year national Islamic finance master plan in 2018.

In Africa, Islamic banking assets represent less than 5% of total banking assets, but Moody’s predicts that this will rise to above 10% over the next five years. There are an estimated over 80 Islamic financial institutions on the continent with the greatest number being in North Africa.

Sukuk issuance will remain around the current high levels, driven mainly by sovereigns, but will not increase by much in 2019, according to Moody’s. Sukuk issuance grew by 5% in 2018 to reach around US$119 billion though corporate and asset-back sukuk activity was limited due to more attractive conventional market opportunities. However, sukuk activity will be supported by government-linked entities such as central banks and quasi-sovereigns, as well as increasing demand from domestic banks.

In the GCC, a recovery in oil prices since mid-2017 boosted revenue and reduced financing needs, contributing to the decline in sovereign sukuk issuance. However, Moody’s expects GCC sovereigns to continue shifting their funding toward a combination of conventional and Islamic instruments, partly to support their respective Islamic finance agendas and efforts to develop local Islamic debt markets.

Malaysia and Indonesia are expected to remain key issuers with Malaysia continuing to dominate global sukuk issuance volumes both in the long- and short-term markets. Sukuk issuance by Islamic financial institutions in Malaysia is expected to grow by around 10% year-on-year in 2019.

Also, green sukuk issuance is expected to grow rapidly in the two countries as their respective governments seek to promote sustainable policy agendas. The world’s first green sukuk was issued in Malaysia in 2018 while the Indonesian government issued the first sovereign green sukuk in February 2018, raising US$1.25 billion.

Corporate sukuk issuance remains driven by Malaysia, Indonesia and GCC countries. Malaysia has a strong domestic market that issues local currency issuance while international dollar issuance is dominated by GCC companies. Corporate issuance has been low in recent years but it picked up in 2018 with 15 companies issuing US$8.1 billion.

Moody’s believes that issuance and investor demand for corporate sukuk will likely remain regional and be dominated by the same countries as in the past.

Moody’s sees strong growth ahead for takaful to remain strong in the GCC region, Africa and Southeast Asia. Moody’s expects takaful premiums to keep growing moderately in the next 2-3 years.

In the GCC region, the largest market for takaful, demand will be supported by the introduction of compulsory motor and medical cover in Saudi Arabia and Oman respectively. In Southeast Asia, premiums increased in local currency but were affected by currency fluctuations resulting in largely flat dollar-denominated growth. Takaful growth in Southeast Asia is expected to be driven by the widening of compulsory cover such as Hajj insurance, a refocus of distribution to tech-savvy customers and increasing market penetration.

Moody’s expect the GCC and Southeast Asian takaful insurers sectors’ profitability to remain stable, with return on capital between 8%-10%.

GCC and Southeast Asian takaful insurers’ capitalization levels are strong, with the ration of consolidated equity to total assets around or above 20% in most of the key regions’ countries. Moody’s expects capital to remain strong as takaful regulations develop as well as that regulatory regimes across all takaful markets will continue to strengthen.