Understanding ESG
Gas prices, war trigger nuclear energy rethink
From China to the United Kingdom, policymakers regard nuclear power as part of the solution to the twin challenges of energy security and climate change. But it remains to be seen whether the industry will finally establish itself as a major global electricity supplier, or again fail to live up to its promise

Nuclear power has been in decline since the Fukushima disaster in Japan more than a decade ago, but it may be poised for a comeback. Russia’s invasion of Ukraine and soaring natural-gas prices have led some to argue that nuclear energy can help solve the twin challenges of energy security and climate change. Is the industry back in business, or will this prove to be another false dawn?

Until recently, nuclear power’s prospects seemed poor. Plants built in the 1970s and 1980s are nearing the end of their working lives, while Germany and Japan decided to shut down theirs for political reasons. Of the relatively few new nuclear plants currently being built, many have been blighted by management failures and technical faults. The flagship EPR pressurized water reactors at Flamanville in northern France and Olkiluoto in Finland are, respectively, 13 and 12 years behind schedule. Hinkley Point in southwest England, which was supposed to have provided the power to cook Britain’s Christmas turkeys in 2023, may now be operational in 2027. Inevitably, all of these projects are massively over budget.

In the United States, no new commercial nuclear facility has opened since 1996. The combination of cheap domestic shale gas and subsidies for wind power has undermined the economics of existing plants and discouraged investment in new ventures. With the cost of alternative energy supplies falling, nuclear began to look excessively costly and risky. In many countries, staff with nuclear engineering skills are aging, and recruitment has been minimal over the past decade.

The industry’s argument that nuclear should be regarded as a boon to the clean energy transition has not halted the decline. But over the past year, surging energy prices and the energy insecurity triggered by Russia’s invasion of Ukraine have reminded governments and consumers that depending on imports of key strategic resources is risky. Maximizing domestically produced electricity supplies should be the starting point for any energy security strategy. At the same time, the sharp increases in natural gas prices in the past 12 months have begun to make new nuclear facilities look much more competitive.

The result is a wave of new projects and plans. UK Prime Minister Boris Johnson wants nuclear power to provide 25% of the country’s electricity by 2050. In April, China approved the construction of six new reactors, adding to the 54 already in operation and 19 under construction. Chinese firms are reportedly negotiating to develop 40 new reactors around the world. A Chinese-built reactor in Karachi, Pakistan, was commissioned on March 31, and China signed a deal earlier this year to build another new nuclear power station in Argentina.

True, Germany began to shut down its nuclear capacity in 2011 and is scheduled to close its three remaining stations by the end of this year. Elsewhere in the European Union, however, there is significant interest in the potential of nuclear power to replace the Russian natural gas supplies on which the EU has depended for the past 40 years. French President Emmanuel Macron announced before the recent presidential election that France would build up to 14 new nuclear reactors, starting in 2028. And Poland submitted plans in March for the construction of six new reactors.

Supporting this trend, firms such as Rolls-Royce in the United Kingdom and NuScale in the US are developing a new generation of small modular reactors (SMRs) that can be built and commissioned in under ten years. SMRs can be built in series and should attract private investors deterred by the long lead times, escalating construction costs, and risks associated with complex large-scale plants such as Flamanville.

But a nuclear renaissance is far from certain. Today, more reactors are at risk of closure and decommissioning than are being built. Although public sentiment has become more favourable to nuclear power in most countries, entrenched resistance, underpinned by environmental and safety concerns, continues to impede a renaissance. Local planning processes are extensive and bitter. Construction takes time, not least because of the extensive safety assessments required, and time costs money. As a result, projects will proceed only where there are credible guarantees regarding future pricing and power purchases. The future of nuclear energy is inseparable from public policy, which, as ever, is uncertain and a further source of risk.

Moreover, there is no guarantee that natural gas prices will remain high when new fields in regions such as North Africa or Central Asia come on stream, or that the EU will deliver on its pledge to reduce its gas imports from Russia by two-thirds by the end of this year. Equally, the nuclear industry is still failing to deal effectively with the problem of waste disposal. At plants such as Sizewell in eastern England, there is the additional challenge of securing sufficient water supplies to operate the reactors.

Given the prospect of a long conflict in Ukraine limiting trade with Russia, and with electrification likely to become increasingly important as we move to a low-carbon world, the potential for nuclear power is huge. Because of the lead times involved, nuclear energy cannot offer an instant solution to today’s challenges. Within a decade, however, nuclear, alongside wind and solar, could undermine the global gas market. The question is whether civil nuclear power can now finally fulfil the promise it has shown since it was first developed in the 1950s.

Nick Butler is a visiting professor at King’s College London, a founding chair of the Kings Policy Institute and the chair of Promus Associates. 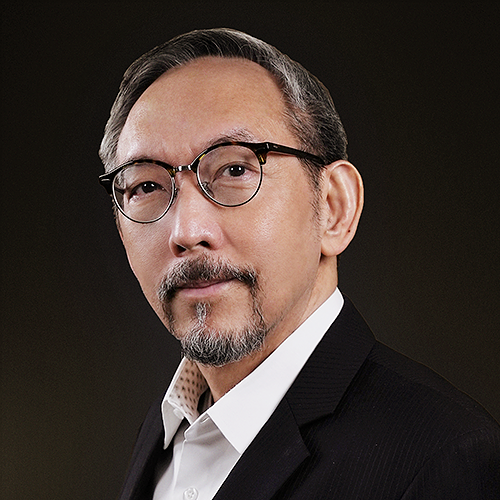 Understanding ESG
Ending age of scarcity with the right technology